It’s not until you venture out of these parts of the world that you realise local delicacies aren’t necessarily consumed or even heard of by the majority. Until a few years ago I’d never heard of a Parmo and don’t even get my started on a ‘Stottie’. If you’re visiting Yorkshire for the first time, here’s my list of the top local cuisines you must try whilst your there. Oh and I’ve opted to list the lesser known options so sorry Yorkshire Puddings, as delicious as you are you didn’t quite make the cut!

END_OF_DOCUMENT_TOKEN_TO_BE_REPLACED

UK; 3 reasons why you should holiday in Yorkshire.

Yorkshire; Gods own country, or as it’s know at least! Yorkshire has some of the most beautiful countryside in the UK. Why not plan a stay in a log cabin or a country cottage in the Dales.

Exploring Yorkshire is one of my favourite past times and activities in this part of the world are not hard to come by, here’s a list of things to do when in the county.

· Leeds City Centre – the new shopping complex ‘Trinity’ has just been designed and is a haven for all things high street, if shopping isn’t your thing then head down to Call Lane for a cocktail or two!

· Pickering – Whitby Steam Train – probably best associated with Harry Potter these days, the featured steam train was Pickering’s very own Scarborough Express! Along the way be sure to jump off at Grosmont, best known as the location for the TV drama Heartbeat. Once you reach Whitby you can climb the 101 steps to Whitby Abbey, the home and inspiration for Bram Stockers Count Dracula, Indulge in the famous Fish and Chips of the Magpie and visit the Whale Bone, so much to see!

· York – York is one of our more famous cities, once the capital of England, York is full of British heritage and history. Take a walk down the cobble streets and grab a drink in the Evil Eye Lounge located on Stonegate. Indulge in Afternoon Tea at Betty’s, the queue’s for this place can be upwards of an hour so be sure to get there early to avoid disappointment. Take a walk along the walls and get lost in the history of the Minster. York has so much to offer for all!

With so much to see and do you’ll not be disappointed you ventured into the heart of England!

Festivities; a little touch of Christmas.

Christmas 2011, one to remember. We had our Christmas meal at the Wentbridge House Hotel, Pontefract this year. It was beautiful. To start I had a seafood risotto followed by a touch of tradition, a turkey dinner.

I ended my meal with a chocolate pudding come brownie. It was simply beautiful.
Boxing day was spent in Stockton on tees with Sam.

The boys played with their helicopter .. standard males at christmas perhaps?! haa

.. and they played with Norris the Nikon! haa

Hope everyone had a brilliant Christmas.. Until next year..

Ok, so my heading’s a little over dramatic. I suppose it wasnt that bad. On Monday the 31st of October, otherwise know as Halloween, we went to the Yorkshire Scare Grounds Scream Park. I must admit, it was pretty fantastic.

A year long operation to get the park up and running sincerly paid out for Fearmasters Entertainment. On the evening of Halloween the park was buzzing.
Being typically female, I scare easily and so when we pulled up into my park the boyf thought it was a good idea to pip his horn and attract the attention of a vile looking ghoul (pictured below) who proceeded to run towards the car and push his head through the open window breating deeply into my face. The fear had started. 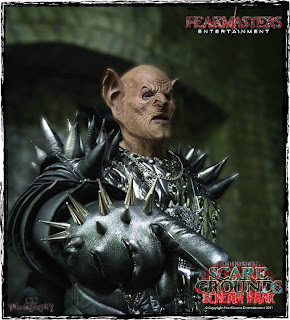 We entered the grounds and I felt it a good idea to briskly walk (run for my life) to the first section of the attraction, being that of Jack’s fun house. I can honestly say fun it was not! .. I practically died in there, following in a line we were told to keep moving through the fun house where live actors hammered on the walls screaming and reaching out for bypassers, the strobe lighting made it impossible to see what lie ahead only adding to the element of fear.
On leaving the funhouse we moved on, making our way down the dark muddy track towards attraction number two. Some how, by this point, I’d managed to lul myself into a false sense of security. Oh how wrong was I when a guy with a real chainsaw jumped out of the bushes at us. I can honestly say this attraction is not for the faint hearted. 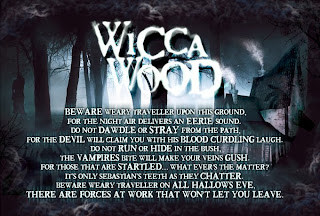 Moving forwards we entered Wicker Woods were we came across abandoned tents, chairs and the odd body hanging from the trees. Actors and Actresses continued to jump out on us providing the element of suprise and fear continuously through the attraction. The Mineshaft and Haunted Church were again, areas of which live actors attempted to put the fear of god into their victims, but by this point, I had become slightly braver than I was upon my arrival. However, it goes without saying, I was more than glad to get out of there!
Yorkshire Scareground Scream Park was fantastic. A highly recommended event for anyone wishing to truely have the fear of god put into them at halloween. The way the event was exicuted, the park was put together, and the quality of the Actors was simply perfect and I would like to thank the team for a fantastically scary evening.
Happy Halloween.
Tagged Fearmasters, fearmasters entertainment, Halloween, Scream Park, what to do halloween, Yorkshire, Yorkshire Scare Ground