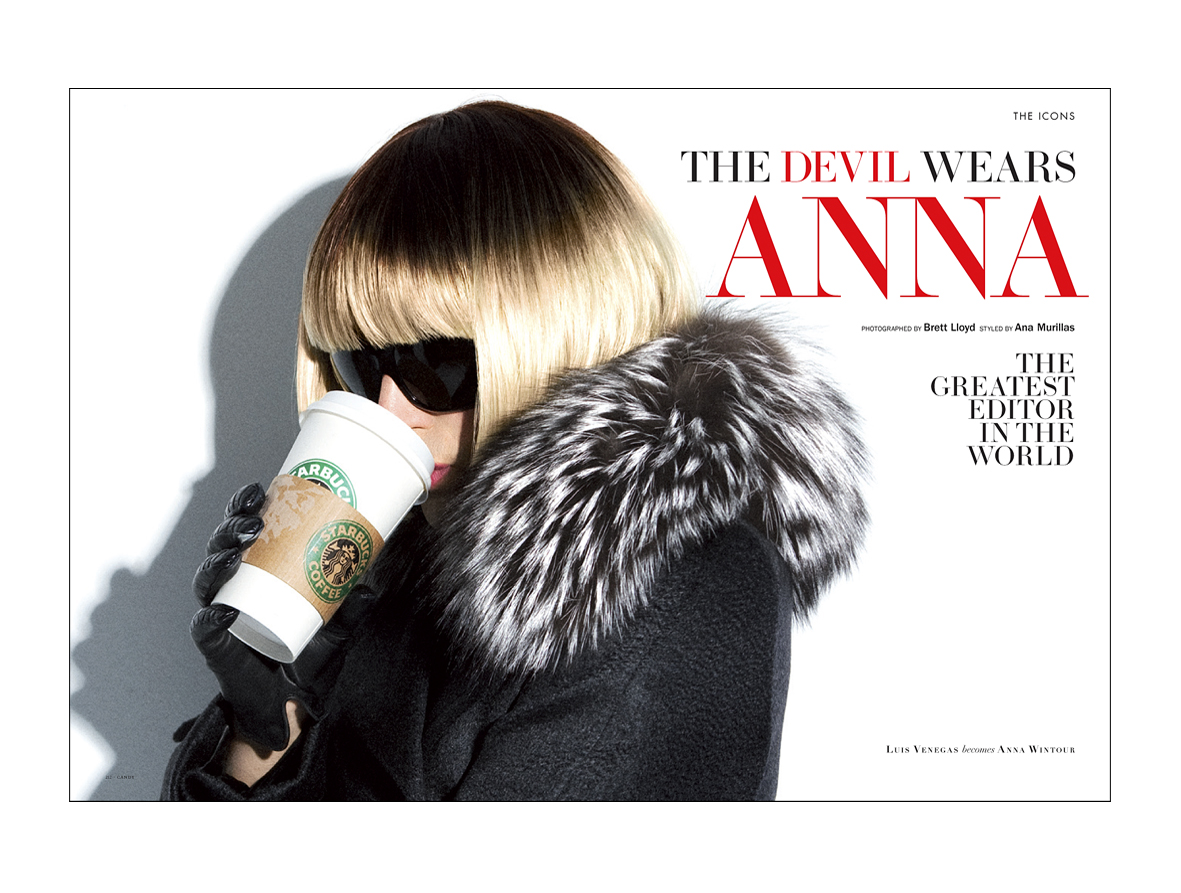 For the first time yesterday I watched R.J.Cutlers ‘The September Issue’, a fashion documentery that follows the life of chief fashion editor of Vogue magazine Anna Wintour. The film followers Wintour in her attempts to put together the largest issue of Vogue, the september issue 2007, weighing in at over four pounds it reached an audiance of thirteen million. Cutler takes his audiance deep into the world of fashion, allowing them to explore area’s of the industry that, until this day, remained unseen.
This movie inspired me. Anna Wintour re-tells the story of her past, telling the audiance her father was chief editor at a London based newspaper yet dispite this her siblings could not be further away from the world of fashion.
Fashion is a hard industry to break into but I’m reassured that once you have your foot in the door, your in. I was once told on adverage it takes a graduating Media student 5 years to find their desired job, however dispite this Media graduates are highly employable in their desired area.
Media Studies has, in the past been thought of sceptically, defined as a ‘Micky Mouse’ course, personally, I have yet to face this critism. However statistics suggesting Media Graduates do well in their chosen career acts as my drive, my motivation to susceed and my personal advise to anyone aspiring to susceed in the same field is be on top of the game. Read magazines (trashy and otherwise), watch the news. Inspiration comes at any time, from anywhere.

Vogue’s Grace Coddington once said ‘don’t sleep in the car, you never know what will inspire you’.
The September Issue trailer.
Do what inspires you..

Large fashion houses have created charity garments to show their support to the Breast Cancer campaign. Limited edition products include Dresses from Laura Ashley and Coast to Shoes from River Island.
This stylish way to support such a charity means items are bound to sell out.
Top located to the left of is being sold in Topshop stores, marketed at £18.